Taking Evolution out for a Test Drive.

The typical Western male, when shopping for a car, checks out car guides for models he has an eye on, gets feedback from his pals and visits the local car dealers, but often the critical moment is the test drive. That's when the pedal hits the metal. But even if a particular model gets the best reviews in the car guides, if it doesn't meet this guy's expectations when he's behind the wheel, if the brakes don't respond, if visibility is poor or the suspension is too soft, then chances are that this great looking car will stay on the lot...

In science, it is much the same. One can put together an amazing theory, set up broad principles, but if you want to call it science, you have to be able to apply all this to specific, circumscribed phenomena. Then the questions begin: Will this theory allow us to determine the Earth - Moon distance so we can send a spaceship to the Moon (and have propellant enough to return)? Will it allow us to understand the behaviour of a specific organic molecule, administered in a precise manner, to a patient with specific symptoms? Will it allow us to establish how much information can be transmitted using a specific type of laser in an fibre optic cable? Real scientific theories must be confronted with the real world and describe precisely circumscribed situations.

The theory of evolution focuses on a phenomenon that is not limited nor circumscribed, i.e. the origin of life on Earth and its diversification. Contrary to what some present-day darwinists might say, Darwin well understood the importance of origins and included this concept in the title of his well-known book: The Origin of Species. So Evolution addresses a vast and uncircumscribed phenomenon, one that is impossible to work with in a laboratory in any case.

But one could still imagine a fairly simple scientific experiment that, though it would not prove the truth of evolution (Karl Popper asserts that scientific theories cannot do that anyway[1]), but would at least allow it to be considered a refutable scientific hypothesis. Here's the experiment:

1) Find a planet with a suitable energy source[2].
2) Ensure that this planet is lifeless, completely sterile[3].
3) Send a probe to this planet to observe the surface to detect the appearance of any life forms. Since it is estimated that the Earth is 4.5 billion years old, let's be generous and give this planet 5 billion years to develop it's own diverse life forms.
4) A fleet of probes in orbit monitoring the surrounding space in order to detect any possible contamination by foreign (existing) life forms. In the case of contamination, the experiment will have to be cancelled and started up on another (sterile) planet.

After 5 billion years, it would remain to assess the results of our experiment. If there is an observed diversity of life forms, equal to or greater than that found on Earth, then one could allow evolution as a scientific hypothesis. On the other hand, if the experiment fails and no life forms are observed, then evolutionists will have to admit that their theory has been thoroughly refuted. The evolutionist recipe for life has been followed, but has not produced anything.This is how real science is done.

So if evolutionists want to continue asserting that evolution is “scientific”, if they want to go beyond empty words, then they need to get their hands dirty. The experiment suggested above is simple enough (though perhaps not easy to carry through), but simple to understand.

Evolution is not a scientific theory in the usual sense of the term, but could perhaps legitimately be considered an interpretative framework. As a result anything that is consistent with the theory (ie not incompatible in an obvious way) is presented as "evidence for evolution" and anything that does not fit in easily will typically be swept under the rug and it will be said that this is not really a problem and that with time everything will get sorted out. Just have faith! This is obviously an approach that would be totally unacceptable in any other field of science, with the exception of fields of research also linked to origins such as geology and astrophysics.

Obviously, one should expect evolutionists to reject the demands of such an experiment and consider them “farfetched”, “unreasonable” or “ ludicrous”, but it must be stressed that the requirements made by this experiment are simply proportional to the explanatory claims made for the “theory” of evolution. Another way of looking at this matter is that the demands made by this experiment are directly linked to time constraints and other conditions that evolutionists have postulated for their scenario. If our demands are felt to be “unreasonable”, then the claims made on behalf of the explanatory power of evolution should be reduced in like manner.

In fact the demands made here are rather modest compared to the boundless and grandiose claims frequently made by evolutionists themselves on behalf of their proposal. Evolutionists often assert their theory is more than just an explanation of life and of its diversity, but also of the origin of the universe! The evolutionary geneticist Theodosius Dobzhansky puts it this way:

The experiment proposed here merely attempts to examine the claims made by evolutionists regarding the origin of life and its diversification. Making such allowances, perhaps it would be more appropriate that the origin of the universe be the subject of another experiment. If evolutionists reject the idea that such an experiment can refute their theory, then such a reaction would be a clear demonstration that evolution has nothing to do with the empirical world of real science. 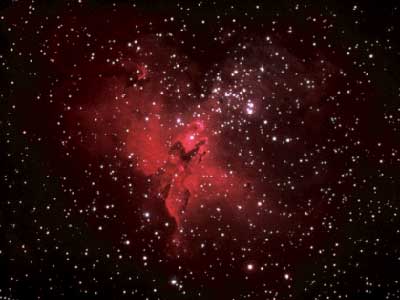 So the question is will evolutionists take their “theory” out of the car lot for a test drive? Will they dare? If evolution cannot face the road, then perhaps it should be sent it to a more appropriate place, the junkyard...

[1] - Popper rejected the idea that science can arrive at Truth. In Popper's view, it cannot verify its hypothesis or prove them, but only propose theories that can be refuted. He noted (Popper 1973: 40):

"However one may look at this, there are excellent reasons for saying that what we attempt in science is to describe and (so far as possible) explain reality. We do so with the help of conjectural theories; that is, theories which we hope are true (or near the truth), but which we cannot establish as certain or even as probable (in the sense of the probability calculus), even though they are the best theories which we are able to produce, and may therefore be called "probable" as long as this term is kept free from any association with the calculus of probability."

[2] - A star comparable to the Sun will do, but volcanic, radioactive or chemical energy sources would also fit our requirements. One can't be too picky.

[3] - After all, it is commonly asserted that the theory of evolution explains not only the diversity of life, but also its origin.